Any deal is better than no deal - this deal is bound to be passed, the only alternative is unthinkable. 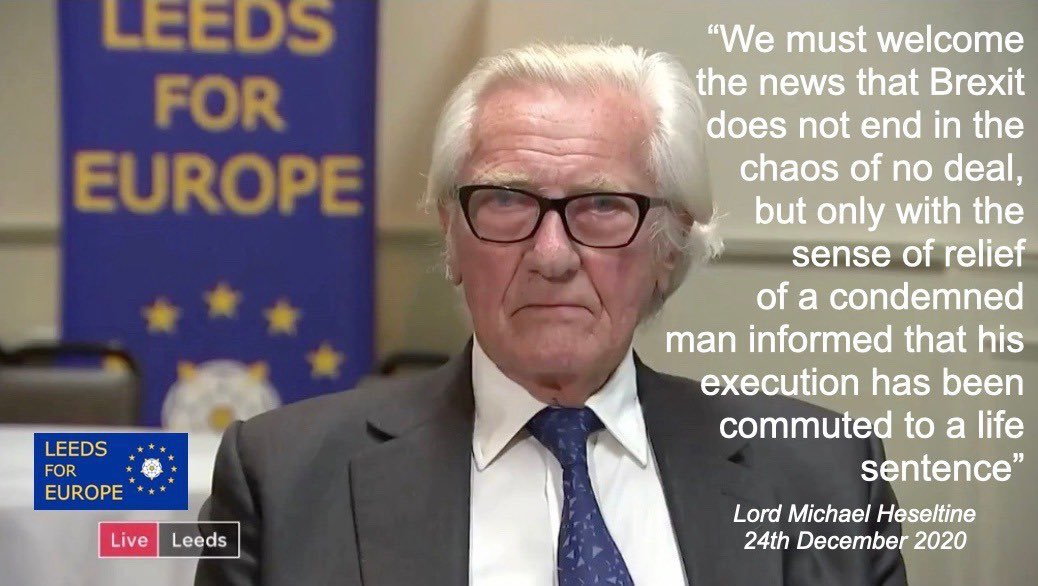 An interesting quote, tonight, from David Allen Green on Twitter.

"Brexit has ended not with a bang, but with this whimper of an agreement.

Which means, in turn, Brexit has not ended - and will never end.

Brexit will now be an everlasting cycle of negotiations and renegotiations from a UK position of structural weakness.

What a waste of time."
Top

Agree with both posts: "bad, but it could have been worse" just about sums up my view.

A very expensive five-year-long career strategy to get Johnson in No.10 as the "deliverer of Brexit".

The next stage (lasting for an indefinite period) will consist of identifying each new element adding to the cost of Brexit, plus style points awarded for the ingenuity of the Brexiter politicians' excuses/explanations/lies to account for it.
Top

Here's a "Next Brexit Timetable' to cheer everyone up:

It doesn't matter what goes wrong, the cause is absolutely, definitely, anything but Brexit:

Just people not filling in the forms correctly. You can hardly blame the government after they spent all that money telling people to get ready for brexit. After all they did announce details of the deal on Christmas eve, that gives you the whole of the holidays to be ready for new year. And no doubt there's a government funded 24x7 phone line to help businesses with the transition. It's not like they'd leave our economic leaders with just a support email address and a promise to reply within 5 days. 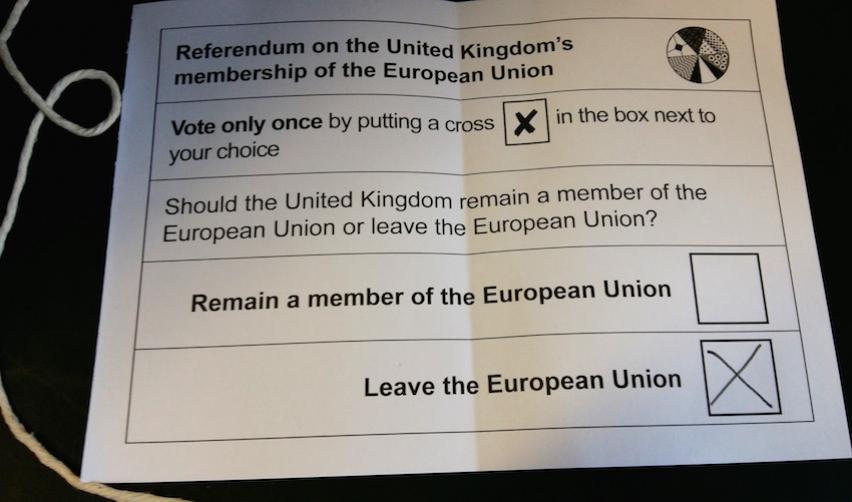 I see that Chris Grey mentions "Long Brexit" - inspired by Long Covid - to describe the difficulties caused by Brexit which are not just teething problems but are structural, long-term issues that are not going away. More and more of these seem to be emerging...

Tony.Williams wrote: ↑Mon Dec 28, 2020 9:57 am The next stage (lasting for an indefinite period) will consist of identifying each new element adding to the cost of Brexit, plus style points awarded for the ingenuity of the Brexiter politicians' excuses/explanations/lies to account for it.


It is interesting, and politically important, to see how leading Brexiters are reacting to what is happening, not least because this may set the tone for how leavers, especially, in the general public respond. It’s a mixed bag, but mainly depressing. Some are simply boneheaded refusals to understand it, as with John Redwood calling for the government to intervene to ensure the free flow of goods between Great Britain and Northern Ireland. But of course the end to such a free flow was integral to the Withdrawal Agreement. Since Redwood stood on a manifesto to which that agreement was central, voted for it in parliament, and the government signed it his comment is either stupid or dishonest.

Others resort to sophistry, to put it more charitably than is probably warranted, such as former Brexit Party MEP Ben Habib. He claimed this week that the plight of the fishing industry was not down to Brexit but caused by the pandemic suppressing demand as restaurants in the UK and EU were closed, by the Trade and Cooperation Agreement (TCA) having given EU fishing boats unfettered access to UK waters so that EU fishermen could supply EU restaurants (even though Habib says these are closed), and by the bureaucracy created by the TCA for UK fish exporters to the EU.

Where to begin? The pandemic has been going on for a year, but the rotting fish piles only began when the transition period ended, so they plainly are very much to do with Brexit. It can’t be because EU fishermen have taken all the fish, or these fish piles would not exist, and these fish piles are there not because there are no customers for them but because they can’t be shipped to those customers. That is, indeed, because of the bureaucracy that now attaches to UK exports, including fish, to the EU. Which is, precisely, down to Brexit because it was created by leaving the single market and customs union, as advocated by Habib.

A different account was given this week by another Brexit Party ex-MEP Lance Forman, who himself works in the fish industry (he owns and manages a smoked salmon business). He offered a more coherent argument, yet one which still denies that what is happening is a problem of Brexit. Rather, he suggested it is a problem of lack of preparedness for the bureaucracy entailed by Brexit. It’s a fine distinction, in that the bureaucracy is, itself, a problem of Brexit which adds new costs to trade with the EU. But it’s true that some of the export delays might well have been avoided with better preparation. However, a big reason for that lack of preparation was that, until far too late, Brexiters refused to admit that there would be new bureaucracy – denouncing warnings as Project Fear – and because they regarded any extension to the transition period, which might have aided preparation, as unconscionable.

Forman also bemoaned the fact that the EU is applying import controls when the UK is not doing so. But that arises simply because the UK government is not ready to do so, again an argument for extending transition, but not some unreasonable disparity of treatment. Thus, whilst the tone is more urbane, it is all of a piece with reports, such as the Daily Mail’s, which speak of the “dirty tricks” of “pernickety jobsworths” in enforcing the rules which the 17.4 million – who, don’t forget, knew exactly what they were voting for, and it is remainer elitism to suggest otherwise – voted for.

Whatever the tone, the meaning is the same: a refusal to accept that the damage that is being done to British business, well beyond fishing, is the direct consequence of Brexit and the unavoidable responsibility of those who advocated it. This isn’t surprising, because it has long been the hallmark of Brexiters that they abjure responsibility – it’s always someone else’s fault or because, as its apologists are wont to say of Communism, Brexit inevitably hasn’t been done ‘properly’. In May 2018 I compiled a list of six excuses that Brexiters make for why the consequences of Brexit are nothing to do with them. They continue to be rolled out.

Ben Habib makes a very good point. I've often wondered why it is that British people only ever eat fish when in a restaurant. Why is it that we never cook fish at home or order it as a takeaway. Indeed I'm sure that if anybody offered takeaway fish as fast food, (perhaps deep fried with chips) then that sort of thing might well soon become a booming business what with the total lack of any sort of competition.
Top

Had a very nice evening yesterday - 6 of us in a friend's garden - beer and Chilli.

The host is successful - converts vans to motorhomes - does very well at it.

He voted Brexit and doesn't regret it. His materials he buys from somewhere in the EU and he says that they're more expensive and difficult to get because of Brexit - but this is all their fault - they're just being difficult - punishing us for Brexit.

I pointed out that if importing is more difficult and costly - that's down to us not them. But no - it's them. They're making it difficult for us to export so we have to retaliate.

I find it extremely frustrating.
Don't blame me - I voted remain

Still with foreign holiday more expensive there's probably increase demand for motorhomes so I guess it all evens out for him.
Top
Post Reply
14 posts • Page 1 of 1